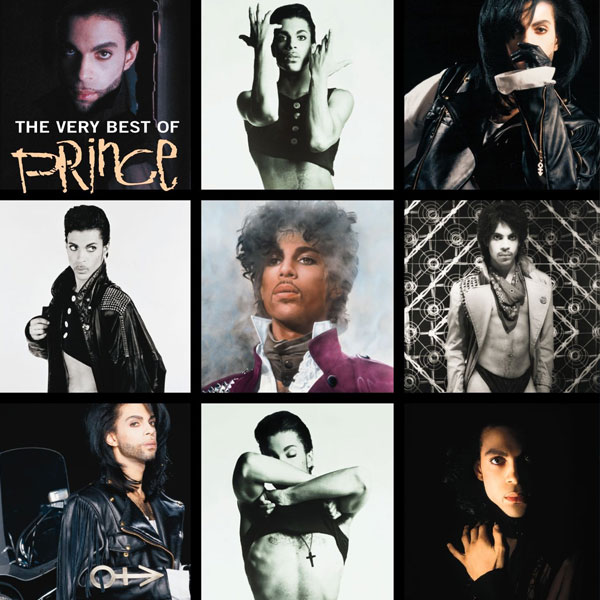 Previous
Rave In2 The Joy Fantastic

Next
The Rainbow Children

The Very Best Of Prince

Prince’s second greatest hits compilation to be released by Warner Brothers, The Very Best Of Prince therefore focusses only the songs recorded during his tenure with that label (1979-1993) and are tracked in their chronological order from their original release.

Due to his embittered dispute with the former label, Prince rescheduled his entire One Nite Alone… Tour so that it could not be construed to endorse or promote Warners’ release of The Very Best Of Prince. The album first entered the charts on 18 August 2001 and peaked in the US Billboard chart at number 66. However, in the week following Prince’s death on 21 April 2016, The Very Best Of Prince re-entered the charts and hit the number 1 spot, and became the 8th biggest-selling album in the US that year and causing the compilation to be certified Platinum by RIAA on 21 September 2004.

The most represented albums on The Very Best Of Prince compilation are Purple Rain and Diamonds And Pearls, featuring four songs apiece. For You and Batman are the only albums during the Warner period not represented in its tracklist. The omission of Batdance from Batman – albeit a chart topping hit single and which sold 1m copies and was certified Platinum – is the result of licensing restrictions with the comic book trademark.

The Very Best Of Prince produced no singles.

The Very Best Of Prince – review

Warner Brothers appear to believe Prince’s career had ended when his contract with then expired. Let’s face it, this disk actually showcases how remarkable his Warners career was. It contains all the stuff the casual fan should already have heard, although it is good stuff at that. Yet we all know this CD is a half-baked effort to make Warner Brothers rinse as much money as possible out of the Purple Reign legacy that was running out of steam by 2002. Or so they thought! Does The Very Best Of Prince really contain his ‘very best’? Going by unit sales and familiarity, yes. Perhaps the album would have been better named Essential Prince since the ‘very best’ of his work is not here, that’s what you get with the industry exec and not the artist picking the track list. With all these hits in one place though The Very Best Of Prince saves some album hopping and sometimes, even for the most obsessive Prince fan, hearing all the hits in one sitting is a guilty pleasure. Though this is all stuff fans own and know note for note and is not quite so the perfect album for that simple reason it is wonderfully nostalgic of an era when Prince reigned supreme. Use this album only as a gateway to the better material on others.

The Very Best Of Prince is rated 4.5 out of 5 by Goldies Parade.