He had a dream in which he experienced a religious vision.

Released as one continuous track to ensure it was listened to as one body of work, rather than as separate tracks where one would be played more than another, Lovesexy is an evolution to Prince’s earlier experiment with Around The World In A Day for which he delayed the release of its lead single, Raspberry Beret, by a whole month so to ensure people had listened to the entire album first.

Lovesexy began as a bit of a rush project. Written and recorded in haste during December 1987 to replace his suddenly withdrawn club music, hip-hop venture The Black Album. Lovesexy was complete by the end of January 1988, and is consequently one of the fastest albums turned around from creation to retail in music history. It was also the inaugural album completed at Prince’s newly operational Paisley Park Studios, a sprawling $10m custom built studios and tour rehearsals facility built in the rural outskirts of Minneapolis, at Prince’s own expense. This is with the exception of one track When 2 R In Love, being recorded at Sunset Sound as was so out of place on The Black Album it had been transferred into the configuration of Lovesexy.

Lovesexy sold 1 million copies in the US, but more importantly 1.6 million elsewhere – making it Prince’s first album to sell better overseas than at home. Certified Gold by RIAA on 5 December 1988, Lovesexy had the dubious title of being the first album since Dirty Mind not to receive Platinum certification. Furthermore, just one of its three singles, Alphabet St., managed to chart in America (Alphabet St. also being Prince’s first single issued on CD). Due to poor sales in the US, Prince centred the supporting Lovesexy Live tour in Europe, where the album enjoyed greater success; peaking at number 1 in the UK charts. It would take Prince several years to restore his audience in the US.

The artwork for Lovesexy sparked as much interest as the music. Mimmiking The Birth of Venus by Botticelli, the cover art pictures Prince reclining naked, with a lily stamen positioned above his groin. This prompted many retailers electing to conceal the artwork under black plastic wrapping (Wal-Mart refusing to sell it at all), deeming it too risqué to display in store. 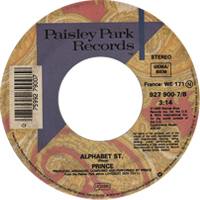 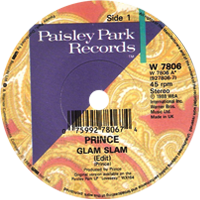 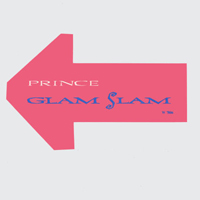 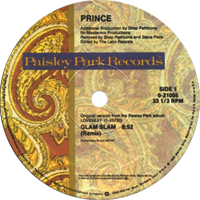 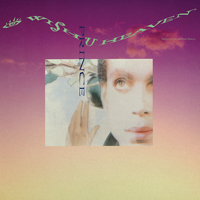 I Wish U Heaven

Yes! My favorite Prince album of the 80s, because Prince obviously adapted to pressure as Lovesexy was a rush job to replace The Black Album pulled after Prince, and probably the record executives, got a bad case of cold feet over its negative slant; When 2 R In Love being the only track to survive The Black Album to end up on wholesome Lovesexy. The naughtiness is not entirely eradicated, in fact the new theme became spirituality, yet it was to be instead the cover, not the musical content of the album, that aroused a stir. Lovesexy offers first class sound. The mid-80s was a time which Prince could do no wrong and the public’s love affair with his music was the more stronger following this awesome collection. The only way is to listen to the album is right the way through (literally on the single tracked CD version) and only goes to demonstrate that all Prince’s albums are written as cohesive collections, than the disjointed drivel bands churn out today. Lovesexy treats the listener to a highly rewarding and uplifting journey, perfectly complementing the previous track with the next. Yet the album still offers diversity; the world beating pop of Alphabet St., the sweeping Glam Slam, to the pulsating Dance On, and the personification of divinity with Anna Stesia. Closing with Positivity, Lovesexy, coming off the back of abject negativity, crowns a halo to Prince’s astonishing repertoire.

Lovesexy is rated 5 out of 5 by Goldies Parade.