Diamonds And Pearls is the first album Prince jointly credited to The New Power Generation (NPG), when a revamp was needed to boost interest following the low box office sales of the Graffiti Bridge movie.

Work on the album began during the Nude Tour whose live band line-up, with the exception of Matt Fink and Miko Weaver, remained with Prince to form the New Power Generation. The band made their first public performance as a named group at the China Club in Hollywood on 3 June 1991. For the first time since the disbanding of Revolution all band members had creative input into the creation of Diamonds And Pearls. Having already produced 12 albums, Prince had seen interest in his music fall in America but with sales remaining strong in Europe, this was partly due to the surge in popularity of hip-hop. The creation of the NPG was therefore Prince’s attempt to restore his musical relevance. The main member of the band’s line-up was a rapper Tony M, who first met Prince when working as an extra for the Purple Rain movie.

Recording began in 1990 while on the road with the Nude Tour, at studios in London and Tokyo, the main sessions took place at Paisley Park following the tour’s conclusion. Although the album’s principal theme embraced hip-hop, Diamonds And Pearls continued to explore many genres: soul, funk, pop, as well as rap, a decision that at the time attracted disappointment from critics who viewed that for the first time Prince followed rather than set new boundaries in his music. Such was the expectation of the benchmark in Prince’s output. Diamonds And Pearls also tackles the key issues of the day, such as the Gulf War and domestic poverty, and comments for the first time his growing distrust of label executives – a theme that would dominate his lyrics in subsequent albums.

You know when you buy someone’s record and there’s always an element missing. The voice is wrong or the drums are lame. On mine there’s nothing missing.

Diamonds And Pearls went a long way to restore Prince’s US appeal, peaking at number 3 on the Billboard album chart and sold over 2 million copies, it was certified double Platinum by RIAA on 30 January 1992. Selling an impressive 900,000 units in the UK, the single Thunder was released only in the UK to aid the promotion of the supporting tour.

When Rosie Gaines left the band immediately after the Diamonds And Pearls Tour in 1992, Prince vowed never to duet the title track Diamonds And Pearls with any other singer – holding true to that promise ever since. The track received a Grammy nominations for Best R&B Performance By A Duo or Group, in 1992. The single Gett Off received a nonination the the same category the previous year.

The album cover is notable in that it was released as two alternative different designs. Both feature photos of Prince with dancers Diamond and Pearl, taken by Joel Larson. One version features the first mass-produced hologram (the work of Sharon McCormack) in printing history. 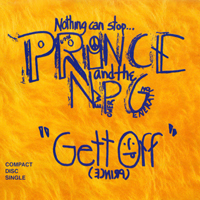 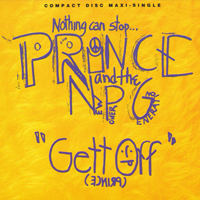 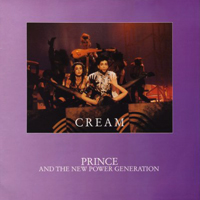 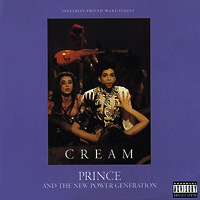 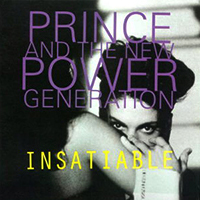 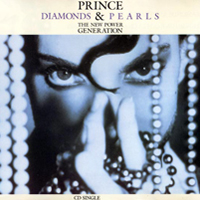 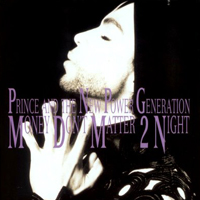 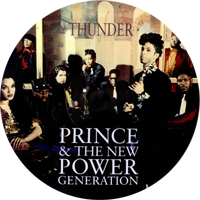 Prince’s last commercially successful album for over a decade. Diamonds And Pearls was the album that got Prince his record breaking $100m (albeit swiftly regretted) recording contract renewal with Warner Brothers. Unlucky for Warner Bros. that they did not get five more albums like this one. Rolling Stone magazine might too harbour regret for rating this album 2.5 out of 5 because and for once Prince had been felt not to have laid new ground with this album but improve upon the existing musical genres of the time. That highlights how it is taken for granted each Prince album must carry the expectation it will reshape, not just his own music but the style for the rest of the industry to follow. Laying the ghosts of The Revolution firmly to rest Diamonds And Pearls was the first album to showcase Prince’s new band since 1986 – the New Power Generation. The drums and the bass of Michael B and Sonny T comprise Prince’s greatest talent discovery to date. Diamonds And Pearls delivers an incredibly diverse cocktail of hip-hop, soul and rock and proves beyond question Prince was still able to storm the charts at his whim. The musicianship is notable, Sonny T’s bass and Michael B’s drum and bass are exquisite, Rosie Gaines’ vocals is a gift from heaven, yet rapper Tony Mosley will cop so much flack his life in the band would be very short-lived. With monsters like Cream, Gett Off, Thunder, Live 4 Love and Money Don’t Matter 2 Night (the latter resonates more than ever post 2008 financial crisis) and especially the title track, album releases don’t come more epic than this. Diamonds And Pearls does not release its grip; written against the backdrop of economic crisis and Gulf War I and producing three top ten hits, it packs one hell of a punch even today and is arguably one of the best albums of the 90s and Prince’s broadest album to date. So despite his post 2004 resurgence Diamonds And Pearls marks Prince at his true hit-making peak and is unjustly demeaned by Rolling Stone’s paltry 2.5 rating.

Diamonds And Pearls is rated 4.5 out of 5 by Goldies Parade.