Previous
Around The World In A Day

What better time for a new baptism?

Parade is Prince’s third and final album co-credited with the Revolution. It was viewed as a return to the mainstream and therefore also a considerable improvement on their previous album Around The World In A Day, helped greatly by the inclusion of its highly recognisable lead single Kiss. Prince started work on Parade in the spring of 1985, at Sunset Sound Studios in Hollywood, and completed it at his rented warehouse at 6953 Washington Avenue in Edina, Minneapolis. Its string sections, by an orchestra of 67, were added at Monterey Sound Studios in January 1986, arranged by Claire Fischer.

The accessibility of Parade seemed to lay to rest the fears that, after Purple Rain its succeeding album Around The World In A Day, suggested Prince had lost his magic touch and his often suggested downward spiral. Parade restored Prince’s commercial appeal, as despite Around The World In A Day selling well largely due to it riding in Purple Rain‘s wake, it had left the buying public largely disappointed. Being more mainstream, Parade sold 1.8 million units in the US (peaking at number 4 in Billboard’s charts) and 1.4 million elsewhere, it was certified Platinum by RIAA on 3 June 1986.

Parade forms the soundtrack for Prince’s second movie Under The Cherry Moon, which premiered three months after the release of the album. Its tracks follow the story of the lead character Christopher Tracy, played by Prince in the film.

The album’s promotional tour throughout the summer of 1986, was more stripped down compared to the previous tour, for Purple Rain. The US leg of the tour comprised of revue-style shows, announced at short-notice, whereas for Europe and Japan it followed a more conventional touring format. It was is first world tour, but it would bring the end to the Revolution. Creative disagreements between Prince and the band plagued the latter stages of the tour and on its conclusion that September, he disbanded the Revolution and renewed his career as a solo artist.

Parade is most recognised for its lead single Kiss, which won the Grammy in 1986 for Best R&B Vocal Performance. It was a song Prince originally intended to give to former bandmate Brown Mark for his solo album Mazarati. It also received a Grammy nomination for Best R&B Song. Yet despite its success, Prince was never entirely happy with the album version of Kiss, nor much of Parade, which he later admitted lacked inspiration and considered the whole project was rushed – NME, however, named it the best album of 1986.

Parade ended up with two covers shortlisted. Both equally as good. Therefore, one was printed each side of the LP’s gatefold. When designing the album’s artwork, Laura LiPuma suggested to use an alternative shot from Jeff Katz’s photo session with Prince for the cover picture. The one chosen was Prince holding up his hands in a beckoning pose, but LiPuma’s preference was one with Prince pulling up his top. She came up with the idea to flip the images and join the two together, meeting them at Prince’s belly, positioned at the point of the fold. With the cover open the two photos make one seamless picture. 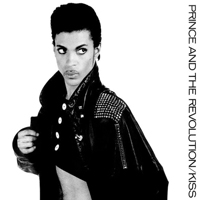 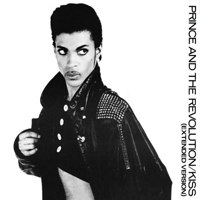 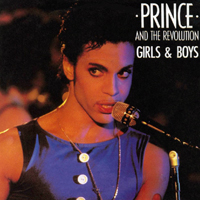 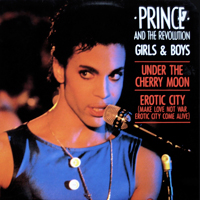 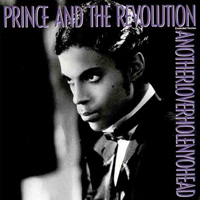 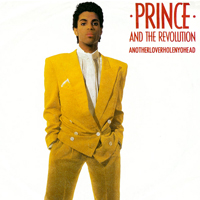 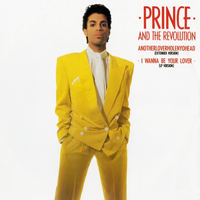 Parade marks Prince’s first foray into artful music. With fame and confidence heightened by the success of Purple Rain and if a little rattled by Around The World In A Day, Prince spreads the Revolution’s wings for what was to be their third and final collaboration together. But here is an admission for you, I don’t actually like Kiss and although it is the most well known track on the album it is, thankfully, not its best. Staying on subject, even Prince conceded he had not enough material to fill Parade – feeling that the project was rushed, under prepared and lacking clout. If there was ever a candidate for re-recording a Prince would love to get his teeth into Parade once more. But don’t think Parade is a lesser album for quality. It was his best production up to that date and kicks off with the sweeping overture Christopher Tracy’s Parade then sliding effortlessly into New Position after which to slow down with the moody I Wonder U and Under The Cherry Moon. Parade is artful storytelling and picks up again to the point of masterful with the often overlooked Girls & Boys and Do U Lie? These lead us into some of the best tracks on the album: Life Can Be So Nice and the sweeping Mountains. But it is the longest title in history, Anotherloverholonyohead, that names the standout track on Parade, its chorus the best, and the best cure to writers block anyone can get.

Parade is rated 4 out of 5 by Goldies Parade.

Under The Cherry Moon