Previous
The Hits / The B-Sides

Next
The Black Album

Come is the album in which Prince ‘killed’ off his former persona (the black and white picture of Prince standing outside a church sets the release’s funereal tone) to announce as publicly his embittered dispute with Warner Brothers over the ownership of his music, as well as protest at the closure of his label Paisley Park Records by Warner on 1 February 1994.

From now on, Warner only get old songs out of the vault.

Come was recorded between 1993 and 1994 at Paisley Park, with the exception of Race – the oldest track and originally recorded for the Glam Slam Ulysses project, at Record Plant studios in LA in 1991. Come was produced out of the wreckage of Prince’s dispute with Warner Brothers, and became his final album released under the label both credited as ‘Prince’ and to contain newly recorded material. Henceforth, until 16 May 2000, Prince would be known as The Artist Formally Known As Prince (or Prince love symbol). His birth name he saw as a brand name owned by Warner Brothers, was declared to all intents and purposes dead. The album’s cover even displayed the epitaph 1958-1993.

Come underwent many configuration changes and Prince hoped to coincide its release with The Gold Experience – an album recorded simultaneously with Come. Warner Brothers denied him that wish to issue two releases at once and the latter album was postponed, an act in Prince’s eyes that added both insult to injury and a further nail into the coffin of his relationship with the record company. Suffering from his unwillingness to promote it Come sold poorly in the US, it peaked at number 15 in the Billboard charts and is certified Gold by RIAA; it however topped the UK album charts, where it sold 100,000 units.

The front and back of the album are photos shot by Terry Gydesen, of Prince standing at the gates of Gaudi’s iconic La Sagrada Familia cathedral in Barcelona at 4:30am. They are part of a wider series of photos that she shot of Prince in 1993, and are published in Prince’s first official book release The Sacrifice Of Victor. 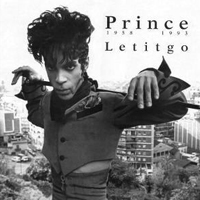 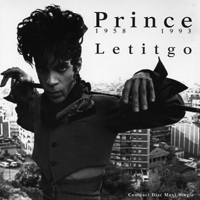 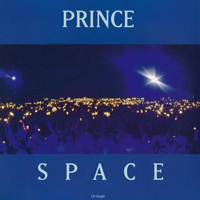 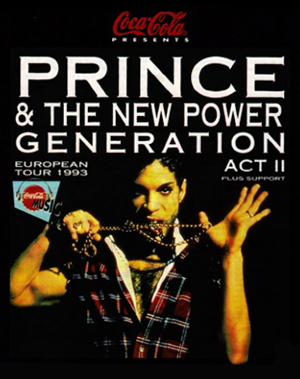 Always judge the quality of an album by the amount of times you play it, and this I play a lot. Come is the ‘Prince is dead. Long live Prince love symbol‘ album and that of the one-word titles, well, he did cheat a bit with Letitgo but appreciate themeing. Prince let’s slip a personal secret: that sex with him lasts ten minutes, and with the title track you live every second of it, which also makes for magnificent listening. He thumps through Pheromone, soars with Space and with Loose! he showcases his prowess with dance music. Come has great range, from the fantastic base line of Race and the grinding Come the album peaks at the wonderfully nasty Pheromone right down even to the much overlooked yet masterful Solo. Prince laments with Papa and Dark and it’s the latter that tops the album with true class, worthy of any Prince classic. The radio friendly tunes are Space and Letitgo and no surprising they were also the only singles from Come; the remixes on the EPs being some of his very best. The writing was on the wall with his relationship with Warner Brothers when Prince even killed off his birth name, which unfortunately for Prince love symbol the inharmonious wake of Prince’s ‘death’ was to linger for another three years.

Come is rated 5 out of 5 by Goldies Parade.