They’ll say that I’m not capable of distributing my own materials.

Released as a 5-CD package in the form of a transparent “hockey-puck” (originally envisioned as spherical cases but flattened for manufacturing reasons) containing The Truth, Kamasutra and the triple-disk album Crystal Ball, exclusively as a mail order item ordered through Prince’s official retail website 1800newfunk.com, from 29 January 1998. Crystal Ball become Prince’s first album released as an independent artist and without assistance from a major label.

Prince (then under the name Prince love symbol) was proud that Crystal Ball had sold some 250,000 unites without a single cent spent on advertising, netting an impressive $11m. This success as an independent distributor emboldened Prince to continue to release his future works independently. Crystal Ball peaked at a respectable 62 on Billboard’s charts, considering the set’s price point.

The name concept of Crystal Ball originated from a triple LP set for release in 1986, which later evolved into Sign O’ The Times. Prince revived the name in 1998 when releasing a triple album of previously unreleased tracks, of which half date from the original Crystal Ball era, but only two songs being from the 1986 configuration: Good Love and the title track. The remaining tracks stem from the early half of the 1990s. The Crystal Ball set was received a commercial release on 3 March 1998 (sans Kamasutra album), this time issued as a conventional fat CD jewel case. The only previously available track in the whole set was Good Love, written for the aborted Camille album of 1986, but later included in the Warner Brothers movie soundtrack for Bright Lights, Big City, on 8 March 1988.

Crystal Ball was released bearing the strapline “Previously bootlegged material” and the packaging and CD pressing designed to mimic an unofficial release, to play on the fact its contents was formed from some of Prince’s most pirated songs prior to their eventual official release with this set.

The recording took place over four studios. An Honest Man and Sexual Suicide were recorded at the Washington Avenue warehouse in 1985. Crystal Ball, Movie Star, Crucial and Make Your Mamma Happy were recorded at Prince’s Galpin Blvd home studio in 1986. Cloreen Bacon Skin (1983), Dream Factory (1985), Good Love and Last Heart (1986) were recorded at Sunset Sound. The remainder were recorded at Paisley Park Studios: Acknowledge Me, Ripopgodazippa, So Dark, Interactive, Calhoun Square, What’s My Name, Strays Of The World (1993), Love Sign, Tell Me How U Wanna B Done, 18 & Over, Get Loose, P.Control (1994), Days Of Wild, Poom Poom, The Ride, Goodbye (1995), 2morrow and She Gave Her Angels (1996). Hide The Bone was recorded in Paris in 1993.

To aid the promotion of Crystal Ball, in 1997 Prince launched crystalballcd.com, an online lyric book to support the upcoming album. Although basic, it was one of the very first websites of its kind. The site was fan made, to give it that bootleg feel. It remains live to this day.

A 2-CD follow-up volume to Crystal Ball was intended for release in the latter half of 2000. It was envisioned the two discs would replace the slots taken by The Truth and Kamasutra in the 5-CD packaging issued with the original release. The track listing for Volume II was this time voted by fans during the June 2000 Prince: A Celebration open-house week at Paisley Park. The release, however, failed to materialise and the project was shelved. The 17 songs chosen out of a shortlist of 22 were: 3 Nigs Watchin’ A Kung Fu Movie, Adonis & Bathsheba*, American Jam, Electric Intercourse*, Everybody Want What They Don’t Got*, Evolsidog, Girl O’ My Dreams, Eye Wonder, Katrina’s Paper Dolls*, Kiss [Xtended], Love And Sex*, Lust U Always, Others Here With Us, Strange Way Of Saying Eye Love U, Turn It Up*, U’re All Eye Want* and Xtraloveable.

All Instruments
The Artist Formally Known As Prince

After clearing out his new stuff for Emancipation Prince began returned into the vault for the less commercial material he could put on his newly launched NPG Music Club website. Rather than look for B-sides and music owned by Warner Brothers, Prince cobbled together a triple album chock full of unreleased tracks, versions and demos, known only to bootleggers. Everything is out of vault, even the album’s title Crystal Ball is the original name earmarked for the Sign O’ The Times album. The best here is what was snipped from Come: Interactive, Days Of Wild and Acknowledge Me. There is reworked stuff too in the form of Love Sign and So Dark. But there is more to keep interest up across three disks – Dream Factory, Hide The Bone and The Ride. Great bass lines of 18 And Over and Poom Poom give this album a great mix. It all makes enviable hearing for most bands, if they had outtakes half as good as these at their disposal they would be delighted. If anything Crystal Ball demonstrates how good even Prince’s second rate music is. More releases like these will put the bootleggers out of business – let’s hope he will take note.

Crystal Ball is rated 4.5 out of 5 by Goldies Parade. 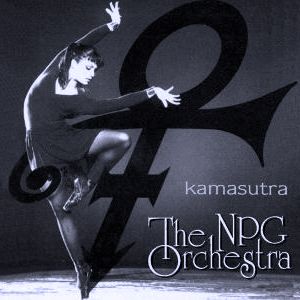