I love this band. I just wish they were all girls.

The unpronounceable Prince love symbol or Love Symbol Album was the second and last album Prince co-credited to the New Power Generation. Like the preceding Diamonds And Pearls album, it absorbs many musical genres, unlike that album, however, Prince wrote all the songs for the Love Symbol Album and centred its overall theme on his supposed relationship with a princess, played by Mayte – the band’s newly employed dancer, who he would eventually marry in real life.

Love Symbol Album was recorded between September 1991 and July 1992, at Paisley Park Studios. It is Prince’s first album released under his record-breaking $100m five-album contract extension signed with Warner Brothers following the success of his previous album Diamonds And Pearls.

For the initial pressing of the CD version of the album, it’s jewel case is unusual, being embossed with a gold Prince love symbol (Prince love symbol), the unpronounceable name of the album, which Prince would adopt the following year in replacement to his own birth name, due to his rising dispute with Warner Brothers over the terms of his recording contract and the control that placed on his music. The symbol is an updated version of the previous love/sex symbol first seen on the motorbike in movie Purple Rain, the 1992 version is known as Love Symbol #2, when Prince registered it as trademark.

The Love Symbol Album was also released as a alternative gold slip-case limited edition. It enjoyed moderate success in the US – peaking in the Billboard chart at 5, and certified Platinum by RIAA on 17 December 1992. It fared better in the UK where it topped the album charts and sold 300,000 units.

Bernadette “the lady” whom Prince references in his biographical song The Sacrifice Of Victor, is the mother of his school friend, Andre Cymone, whose basement Prince lived in since leaving his family home. 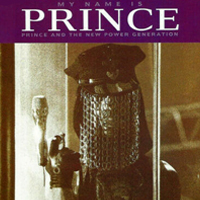 My Name Is Prince 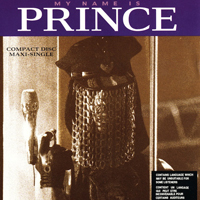 My Name Is Prince [Maxi Single] 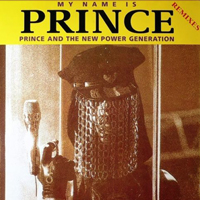 My Name Is Prince [Remixes] 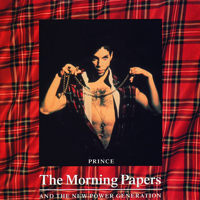 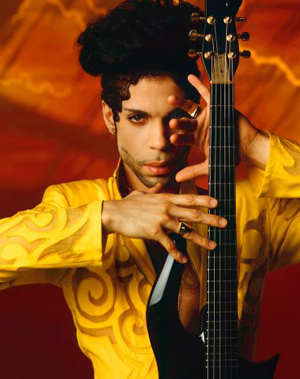 An album with no name is a touch sell, commercially. More tough for Warner Bros. it was also the first album of that auspicious new contract, a deal which would sour and ultimately destroy their long-standing relationship with Prince. It always struck me as a little odd to release a song called My Name Is Prince then for him to go and change his name before the next album, but what a rollicking song it was for a concert opener for the 77,000 audience for his first and only visit to Wembley Stadium. To fill a venue that big Prince filled this album with sweeping thumping and operatic scale numbers. Love Symbol Album follows in the footsteps of Diamonds And Pearls in that they were following rather than blazing new trails for music – Love Symbol Album was Prince’s first album to feature segues. The narrative of Love Symbol Album is the future, mostly evident through the over confidence of 7 and the self-indulgent 3 Chains O’ Gold (Prince’s take of Queen’s Bohemian Rhapsody) it is full of scope too: the bumping The Maxand the auto-biographical The Sacrifice Of Victor. From the comical Blue Light, to the impossible to broadcast Sexy MF as well as the self adulating My Name Is Prince (“the one and only”). Prince’s obsession both with the female form and with himself give explanation enough why this could only be named the male/female, Love Symbol Album.

Love Symbol Album is rated 4.5 out of 5 by Goldies Parade.