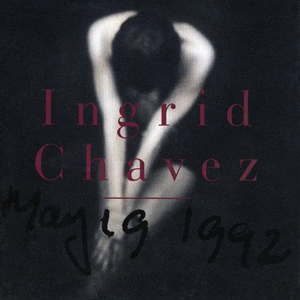 My Paisley door is open wide

After moving to Minneapolis in 1986 at the age of 17, Ingrid Chavez first met Prince in 1987 during a Tuesday funk night event held at Williams Uptown Pub, and passed him a note. Intrigued by her poetry, he encouraged her to write a spoken album and signed her to his label, Paisley Park Records. The main recording of what was her debut album was laid down at Paisley Park Studios in December that year. But in April 1991, Prince re-recorded his backing music, often as improvisations on keyboards in five of its eleven tracks.

The album was named May 19, 1992, the date one year on from the day that the cover photo was shot. Prince withdrew from the album following Warner Brother’s insistence to replace the vocals with sung lyrics, and so the remaining tracks are co-produced by Levi Seacer and Prince’s then recording engineer Michael Koppelman, this work being done at Larrabee Sound Studios in Hollywood. Prince’s involvement is credited simply as Paisley Park.

The two met just after Prince withdrew The Black Album from sale and when he was seeking to produce an album of a more positive tone. Chavez became an influence behind the resulting Lovesexy album and gives the spoken intro to its opening track Eye No – which she is credited as The Spirit Child.

In 1990, Prince cast Chavez the female lead role Aura, for his third feature film Graffiti Bridge. During the shooting of this movie, she met Lenny Kravitz and the pair co-wrote the song Justify My Love, which became a hit for Madonna that year. Chavez subsequently sued and won a legal challenge for her contribution in the song’s creation.

1 Co-written by and performed by Prince & Ingrid Chavez.
2 Released as singles.
3 Instruments by Prince. 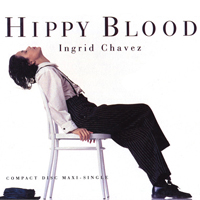 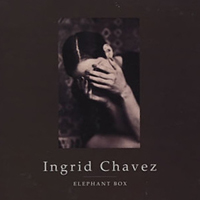 May 19, 1992 is not the most familiar album of Prince’s associate artists. The unmemorable title does not help for starters – it’s not that the title is a poor choice, but you try remembering it – the album’s spoken word concept being its second barrier. There are six Prince penned tracks on this debut project by Ingrid Chevez. She was a major influence on Lovesexy, where her poetry provided Prince much inspiration. This project was him paying her back in kind. Only half of May 19, 1992 got Prince involvement since there had been a clash in style during the production. Prince wanted all the lyrics spoken but the record company wanted some of the lyrics sung. Prince walked away from the project in result, but in my humble opinion it’s the non-Prince tracks that are oddly the album’s best: Hippy Blood and Little Mama and Sad Puppet Dance – in other words the radio friendly and accessible tracks. Of Prince’s contributions, the best of those are Heaven Must Be Near, the dreamy Candle Dance and the fiery Slappy Dappy. Prince’s Elephant Box was the lead single and has the best instrumentation. Jadestone however was too far avantgarde for my liking. The songs are well produced however, and Chevez’s voice is calming and terrific, the record execs had got it right that she be allowed to sing.