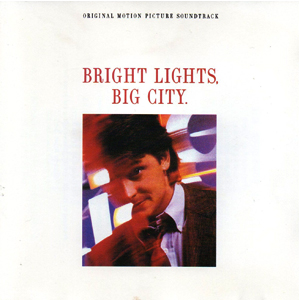 Previous
We Are The World

Whisper words, erotica, when you kiss me there

Good Love was written and performed by Prince for his aborted Camille album of 1986, a post Revolution project that evolved into a triple disk album named Crystal Ball before becoming the double album, Sign O’ The Times. Jill Jones and Susannah Melvoin provide backing vocals.

Prince recorded Good Love at Sunset Sound in Hollywood, on 30 October 1986, and was included in the album configurations of Camille and Crystal Ball before being dropped on the final configuration of Sign O’ The Times. He instead gave the track for inclusion to the soundtrack for the Warner Brothers’ movie Bright Lights, Big City. The movie is directed by James Bridges and is about a disillusioned young writer (Michael J. Fox) in New York who turns to drink and drugs. Its soundtrack marks Prince’s first contribution to a movie compilation album.

A slightly shortened version of Good Love was later released by Prince on 21 March 1998, on the album also named Crystal Ball – featuring several other tracks from the same period.