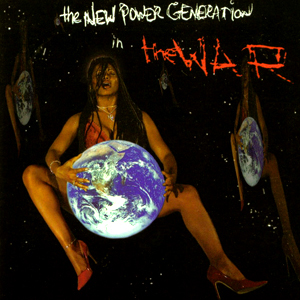 “The evolution will be colorized”

My old record company would never allow me to release something like that.

The War is a 26 minute jam performed live at Paisley Park Studios by Prince and the New Power Generation on 20 June 1998. The released portion is part of a longer 45 minute show. The War was released as Prince under the name of The Artist Formally Known As Prince (Prince love symbol), both as cassette and CD, available for purchase through his official merchandise outlet 1800newfunk.com, despite the back cover bearing the print “4 promotional use only”. The cassette version was also given away with sales of Crystal Ball by way of an apology to process the 250,000 mail orders taking so long to fulfil.

The War won Yahoo’s award for Best Internet Single of 1999, and was later additionally made available in digital format from NPG Music Club, on 26 March 2005.