Next
The Chocolate Invasion

Music comes before the ‘ology.

Prince recorded Musicology at Paisley Park Studios throughout 2003, and was first released in MP3 format as downloads from Prince’s fanclub website npgmusicclub.com on 29 March 2004. Musicology is seen as the commercial ‘comeback’ of Prince since his departure from Warner Brothers in 1996, and is his first album under a major label since Arista Record’s Rave Un2 The Joy Fantastic of 1999.

Included in the ticket price for the Musicology Live 2004ever Tour, 400,000 copies of Musicology was handed to every concert attendee and contributed towards the sales of the CD. Although also receiving a retail release through Columbia Records on 20 April 2004 (19 April in the UK) and selling initially 100,000 copies, the album charted at number 3 mainly aided by its free distribution at the concerts. This prompted Billboard to change their rules on eligibility, barring freely distributed music from charting. The retail version of the album also contains the video of the title track.

The album’s commercial achievement was also met critical success, that the songs Musicology and Call My Name each won Grammy awards in 2005 for vocal R&B performance, received nominations for Best Male Pop Performance (Cinnamon Girl), Best R&B Song (Call My Name) and Best R&B Album. Musicology became the 25th highest selling album of 2004, certified double Platinum by RIAA on 31 January 2005, and Prince’s best-selling album of the decade. The sentiment that Musicology hailed Prince’s comeback was coupled with 2004 already being a high-profile year for him, having opened the Grammy awards on 8 February, and then inducted into the Rock & Roll Hall of Fame on 15 March, just in time for the release of the album that April. Musicology was in the first batch of albums reissued by Sony Legacy Recordings, on 8 February 2019. 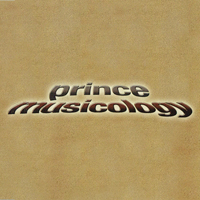 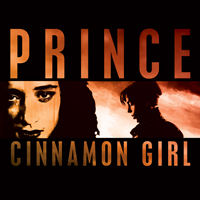 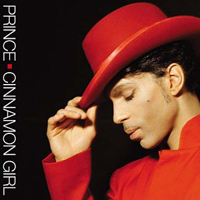 Musicology came as a pleasant surprise to fans and more so Prince since it turned out to be his most successful album since Diamonds And Pearls of 1991; be that chance or design, who knows. “Music comes before the ‘ology” tells Prince as the album is intended to be an education in music – ‘schools in’ for Musicology. We see a more chilled out Prince finally succumbing to forge his long awaited return to commercialism and give fans their much awaited ‘proper’ album – one once more full of radio-friendly tunes – having found his voice again since the instrumental fizzles of two preceding albums. Musicology heralds Prince’s commercial reawakening and wider audience appeal, that which made his name in the ’80s and dedicated the 90’s trying to disassociate his name from. It is clear Prince wants to be played on the radio again. Musicology is catchy and the tracks are a commercially consumable four minutes apiece. Although not art artful as The Rainbow Children (this is intentional) it is equally inspired and more importantly a ‘comeback’ album (although Prince himself would never attest to that fact). The outstanding tracks are A Million Days, Call My Name, Cinnamon Girl, The Marrying Kind and Dear Mr. Man all making truly enjoyable listening. The surprisingly down-to-earth Musicology hits its stride perfectly but it give you a musical ‘ology’? No. It is more commercial than conceptual – Prince’s ‘break glass in case of emergency’ album since Paisley Park has bills to pay. If only all studying was as enjoyable, example; Life O’ The Party, the weakest track, even it manages to spring to life with repeated listening – underlining the quality of the overall work. Warner Brothers better start repairing those burnt bridges fast, since after 10 years in chart abyss Prince has discovered “money and art …[really can]… mix”.

Musicology is rated 4 out of 5 by Goldies Parade.