I ain’t commercial, it’s y’all who tell me whether I’m commercial or not.

The concept for 3121 originally began as LotusFlow3r, however as configurations changed the album evolved into 3121 and the LotusFlow3r project put on hold until 2009. When released in 2006, seven copies of 3121 contained a hidden ‘Purple Ticket’ with which to attend a private concert at the home Prince rented from NBA All-Star Carlos Boozer, 1235 Sierra Alta Way in West Hollywood. This concert took place on 6 May 2006 and in addition to the lucky winners, the show was also attended by a smattering of celebrities. Previous to this property, Prince rented another in LA between October 2004 and September 2005, at 3121 Antelo Road. Part of the album was recorded here (the remainder at Paisley Park) and is therefore believed to have inspired the name of this album. Prince liked this property so much that it is pictured in the album booklet. Yet it is also understood numerology may also connect this album, being the 31st in Prince’s career and that it was released on the 21st day of the month. Furthermore, the numbers add up to 7 – reputedly Prince’s favourite number. Others believe 31:21 is reference to the Psalms. At midnight, on the day of the album’s release (21 March 2006), Prince surprised fans by playing a free show at Tower Records on LA’s Sunset Strip.

In the title track, Prince is reunited with former bandmates Sonny T. and Michael B. from the original New Power Generation line-up. 3121 follows in the vein of Musicology in that it is likewise commercially accessible, selling in result 183,436 units in its first week. 3121 therefore marks a noteworthy milestone in Prince’s career in that it became his first album since 1989’s Batman to occupy the number 1 slot in the US Billboard chart. Its promotion was aided by three key televised performances in 2006: Saturday Night Live on 4 February, the BRIT Awards on 14 February, and the season finale of American Idol on 24 May.

The cover photo was shot backstage at the NAACP Image Awards on 19 March 2005, by photographer Afshin Shahidi to document Prince’s jacket which featured the album name 3121 stitched into the back. It was colorized by graphic designer Sam Jennings. 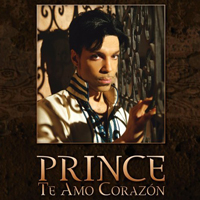 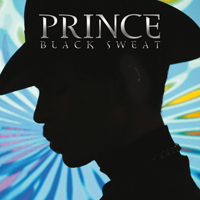 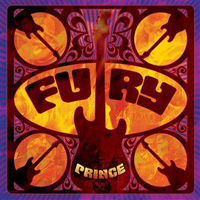 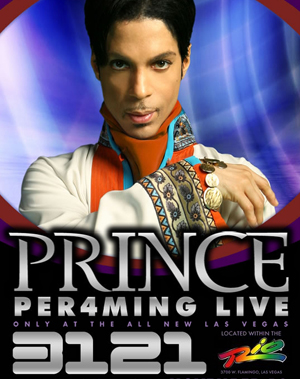 3121 was Prince’s first album to chart at number one since Batman in 1989, but was the second of two back to back albums to climb high on Billboard for many a year. Like busses, commercial success after a whole decade without it, was becoming almost a frequent affair. There is something special about playing a new Prince album for the first time. There are so many emotions the fan goes through, chiefly nervous excitement in wanting it to excel expectation with at any moment the possibility of those hopes being dashed. 3121 smashed all expectations and excels by returning fans to old territory – feeling the energy and excitement between Prince and his music again. 3121 draws on both classic and new Prince. The title track, which reunites Sonny T. and Michael B., kicks out the funk that dominates the album (Lolita, Black Sweat, Love and Get On The Boat) with incredibly infectious tracks that get the listener’s head bopping from the off. Prince treats us to his rough side – Fury – and sugar daddy – Incense And Candles – and lets his old dark side occasionally peak through. Easing up with the soulful Satisfied and the catchy Beautiful, Loved & Blessed, the schmaltzy Te Amo Corazón and the fabulously driving The Word. The standout tracks on this album is the electro-funk Love, summing up the production of the whole album – smooth as hell and 3121 an immensely enjoyable experience. ‘The Fresh Prince’ continues to amaze just as you think he has reached his creative peak, he suddenly surpasses them. 3121 is easily and firmly up there with the best of 2000 to 2010, chock full of joints for the party you will never want to leave. Musicology was intended to be a lesson in music, if you don’t want schooling just put on this masterclass in pure pop music, look no further here.