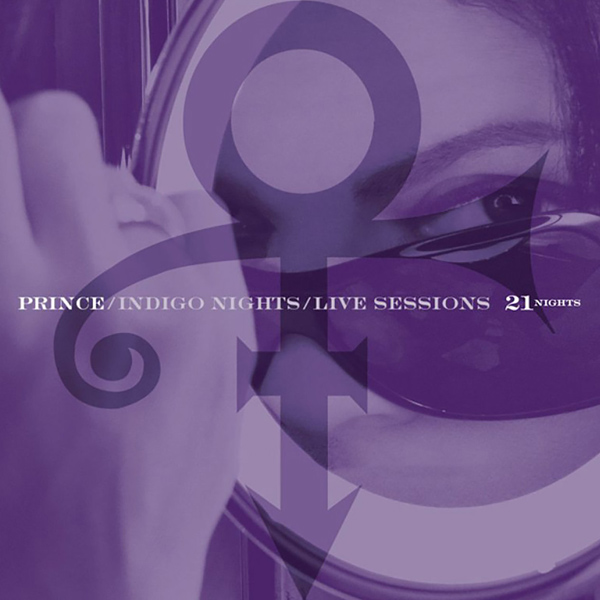 Those who have spent the most time with Prince are both frustrated and inspired.

Released as a cover insert to Prince‘s photo book 21 Nights documenting his twenty-one date stint at London’s O2 Arena for his residency The Earth Tour performed between 1 August and 21 September, 2007. Indigo Nights is the book’s companion CD and contains live recordings from two aftershows performed at The O2 Arena’s nightclub venue, IndigO2, on 17 and 22 September 2007 – which lends the album its name.

Indigo Nights is Prince’s third live album, and thankfully he does not let up on attitude. Recorded at the IndigO2 Club during his legendary 21 Nights In London at The O2 Arena, the album opens with the familiar 3121 slash D.M.S.R. Here there are plenty of jams (Indigo Nights), fun (Beggin’ Woman Blues) and flare (Whole Lotta Love), all proving that even in his 50s Prince’s performances are as tight, if not tighter than ever before. Beverly Knight (Rock Steady) and a flawless Shelby J. (Misty Blue and an impassioned cover of Mother’s Finest’s Baby Love) join him in a typically immaculate live set that shows yet again he could easily fund his retirement releasing more of his shows to CD. The very bluesy Alphabet St. will be the only familiar track for the casual listener, but this album is one fans will gladly keep to themselves. Indigo Nights was released along with 21 Nights the book documenting his exploits in London throughout August and September 2007, throwing this gem in to the mix as an insert slipped into its cover proved a sure-fire way to hit the best sellers list too. And why not!

Indigo Nights is rated 4 out of 5 by Goldies Parade.