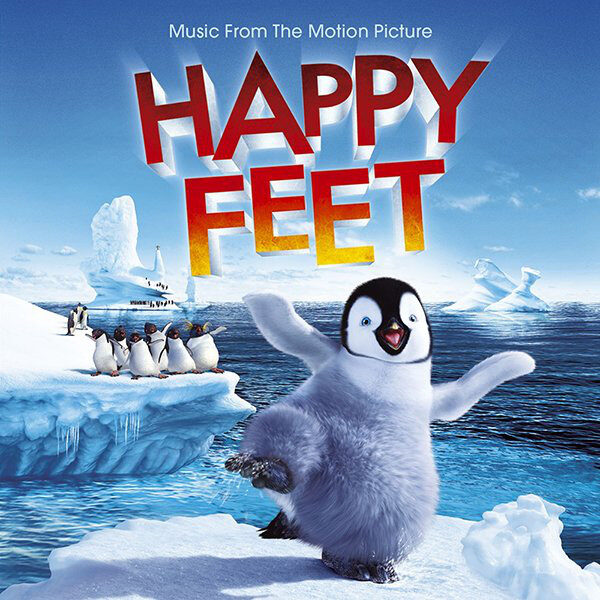 Happy Feet is the soundtrack album of the Warner Brothers animated movie in the same name. It’s opening track notably includes a newly written song, Prince’s first with the label since their much publicised separation in 1993. Prince’s involvement in Happy Feet album is credited to his full birth name Prince Rogers Nelson.

In 2007 his track The Song Of The Heart won the Golden Globe for Best Original Song, as well as was nominated for a Grammy for Best Song Written For A Motion Picture. The track was recorded on 23 June 2006 at Paisley Park Studios, with the backing vocals added on 13 August 2006, sung by, albeit uncredited, Bria Valente – making this her inaugural music release. There is a second Prince track on the album, Kiss as performed as a duet by Nicole Kidman and Hugh Jackman.

The Song Of The Heart was the only track written exclusively for the Happy Feet soundtrack. The song produced its own video but was never released as a separate retail single. The only time Prince released it, was of a live recording performing a brief segment from it in September 2007 during The Earth Tour, and released this version in his Indigo Nights CD live compilation on 30 September 2008.

1 Written, produced and performed by Prince.
2 Written by Prince, sung by Nicole Kidman.