Home » Prince Discography » Related Artists » Time Waits For No One 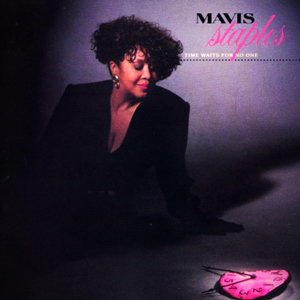 Time Waits For No One

I wanted him to write for me.

Prince first saw R&B group The Staple Singers perform at a concert in LA in August 1987. The group was formed in 1952 but since 1985 were no longer signed to a record label. So impressed was he, Prince signed the lead singer, Mavis Staples, to his record label Paisley Park Records.

Prince wrote all but two of the tracks for, as well as executive produced, the album Time Waits For No One. None of the tracks were recorded with Prince and Mavis together but he provides backing vocals and plays some of the instruments, which he overlaid on to the master tape at Paisley Park Studios. Staples recorded her vocals at Ardent Studios in Memphis. The sessions were complete in June 1988 right into the lead-up to the Lovesexy Tour.

Prince looked up to Mavis, as if she was his mother. The Staple Singers were inducted into the Rock and Roll Hall of Fame in 1999.

1 Co-written with Mavis Staples.
2 Released as singles.
3 Not produced by Prince. 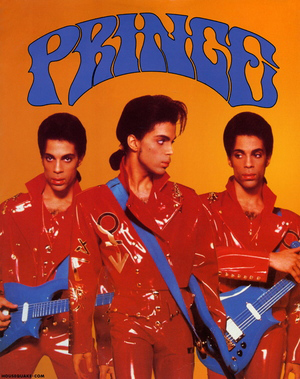 Time Waits For No One – review

Thank god for Mavis Staples, her voice is as sweet as it is powerful, so good in fact it could rival Aretha Franklin. Time Waits For No One is the fourth solo album in Mavis’ career and was her first with Prince. He wrote six of the album’s eight tracks and was one of his first projects recorded at his newly operational Paisley Park Studios. Her voice is so dexterous you could be forgiven to believe that’s Tina Turner in Come Home. What is interesting is that Prince’s full Sign O’ The Times touring band play on Interesting. The album closes with the title track and its best song Time Waits For No One, the paring of Mavis’ voice and Prince’s key changes is purely divine. The DNA Prince’s Batman peeks through with Jaguar. Perhaps its most noteworthy song is Sign O’ The Times outtake, Train which Mavis covers on this album and gave this its first official outing until Prince’s original was released in 2020 with the Sign O’ The Times remaster. The two non-Prince tracks are also worthy, writing combo Homer Banks and Lester Snell’s 20th Century Express has that warming Lion King feel, and The Old Songs plunges you right back into an 80s movie soundtrack. The album is a charm and certainly worth tracking down.

Time Waits For No One is rated 3.5 out of 5 by Goldies Parade.