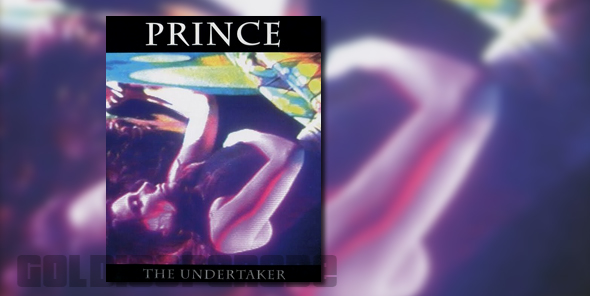 The Undertaker is a VHS containing the footage of Prince performing six live-to-DAT tracks (the seventh, Dolphin, is a studio rehearsal), albeit credited under the name Camille, with Michael B. (on drums) and Sonny T. (bass), which was recorded at Paisley Park studios on 14 June 1993. The video was given a loose storyline comprising a female (Vanessa Marcil) wandering into and around Paisley Park studios.

This is the video for the cancelled The Undertaker album which was intended for release as a free cover mount CD with 1,000 copies of Guitar World magazine sometime in 1995. It is understood Warner Brothers denied Prince the release of the album, eventually only releasing the filmed VHS version instead.

The Undertaker was one of two VHS releases from Warner Brothers on 6 March 1995, with Prince Live! The Sacrifice Of Victor. This was the label’s attempt to recoup as much as possible in the aftermath of their closure of Prince’s Paisley Park Records label and the substantial advance they had given Prince to produce the Love Symbol Album.

1 Written by Mick Jagger and Keith Richards.
2 Re-released by the NPG Music Club in 2001.