It’s really hard being the best band in the world.

Despite all tracks being written by Prince (during the Diamonds And Pearls Tour) and performing them throughout this album, GoldNigga is the first album to be credited entirely to the New Power Generation. Its recording sessions began at Studios 301 in Sydney, in which three tracks were laid down whilst on the Australian leg of the Diamonds And Pearls Tour in April 1992. The remainder of the album was recorded at Paisley Park Studios, completed by May 1993.

GoldNigga was recorded at the time when Prince was embroiled in a dispute with his record label, Warner Brothers. In result, Prince took the step to release the album independently and it thus became the inaugural release of his newly formed label NPG Records. The album was produced only in CD format and sold exclusively during the summer of 1993 at the venues at his concerts for the Act II Tour. Because of contractual obligations not allowing him to release material independently, Prince kept his name off the project. Tony M is therefore the lead vocalist, a key writing contributor to the Carmen Electra album, GoldNigga very much expands Prince’s experimentation with hip-hop.

The album is most notable for the track Johnny – the only track that features Prince’s vocals. The oldest track Call The Law  is a 1991 outtake released as the B-side to Money Don’t Matter 2 Night, the seventh single from Prince’s Diamonds And Pearls album, later reissued on GoldNigga.

GoldNigga was originally released with an extra track Guess Who’s Knockin’?, which was removed at the behest of Paul McCartney due to it containing samples from the 1976 Wings track Let ‘Em In. Some copies of this configuration remain in circulation.

1 Released as a single.
2 Widthdrawn after initial pressing. 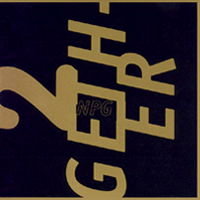 Tony M. has always been the butt of some hard criticism from Prince fans, and that is unjustly so. That aside, GoldNigga still remains one of, if not the, most sought-after Prince related album by fans diving in to snare all his back catalogue being that GoldNigga is the New Power Generation’s first ‘solo’ album. Whilst the album was not ahead of its time, it is certainly good enough of others of its time and noteworthy for being the first release by Prince’s newly formed NPG Records. Prince has been frustrated that the volume of his output was being restricted by Warner and so hid his involvement on the album to circumvent the terms of their contract. Although the instrumentals and segues will become skippers on following listens the album does feature some worthwhile keepers: Call The Law, better known as the B-side to Money Don’t Matter 2 Night, and what really makes the album is worth hunting down is that great Prince classic Johnny. The theme of racial equality is central to the albums narrative and explored on 2gether and highlighted none more so vividly than Black MF In The House. The full and original NPG perform on it but if you heard the album on its original release in 1993 was more than a little weird to not hear Prince’s voice it; if only for short bursts on two tracks; Johnny and fantastic as a hill-billy on Black MF. Then there is the lost track Guess Who’s Knockin’? – the album’s deepest cut on Paisley Park’s highly credible hip-hop album. Prince plays throughout and you are left in no doubt whose record this is.

GoldNigga is rated 3.5 out of 5 by Goldies Parade.