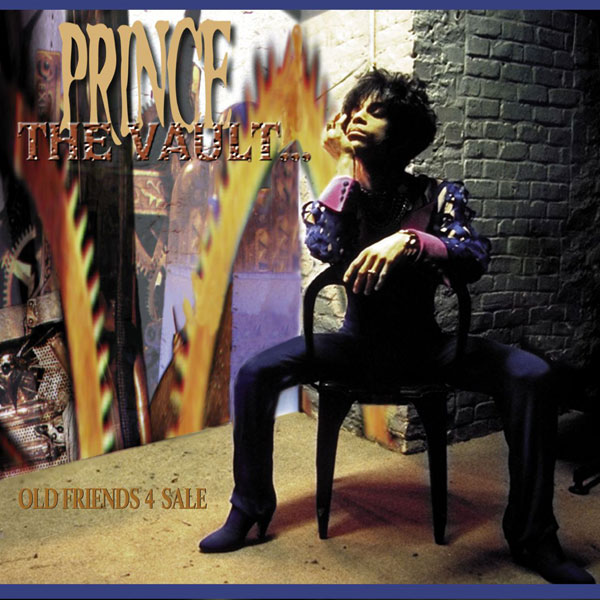 Next
Rave Un2 The Joy Fantastic

Originally intended 4 private use only.

The first album release credited to ‘Prince‘ since adopting the love symbol/Prince love symbol as his name in 1993, The Vault… Old Friends 4 Sale is also Prince’s final album under the auspices of Warner Bros. Records, to contain previously unreleased material (albeit outtakes from a collection of earlier projects dating between 1985 to 1993). Four songs1 form Prince’s withdrawn contribution for the soundtrack to the movie I’ll Do Anything. The song 5 Women is Prince’s original version of the track recorded in 1990, which in 1991 he gave to Joe Cocker to re-record (retitled Five Women) for his 1992 album Night Calls. The title track is the oldest song on the album and is the only one that dates from the 1980s – this track was recorded at Sunset Sound on 20 April 1985 and was originally planned for inclusion on Parade. The remaining songs being comparatively recent were recorded at Paisley Park Studios.

Prince had no desire to help with the promotion of this album since his own – Rave Un2 The Joy Fantastic – was scheduled for release under Arista Records and his interest lay with that record. Although Prince allowed The Vault… Old Friends 4 Sale to be released under his birth name, due to the fact the all of the songs on it (with the exception 1996’s Sarah) was recorded between 1985 and 1993 prior to his name change. The album shares the same release date of Prince’s independent release, the VHS Beautiful Strange.

1 Intended for Prince’s withdrawn contribution for the soundtrack to the 1994 movie I’ll Do Anything.

The release of The Vault… Old Friends 4 Sale proved Prince’s point: that record labels can and will release music against the wishes of the artists whom created it. One minute Warner Brothers were wanting to limit the volume of output Prince put into the market, and since parting with the label, the next minute they put out a greatest hits package The Very Best Of Prince in 2001 and in 1999, this. That said, it is a shame it needed a dispute over a contract to get these songs released. Unfortunately for Prince it was Warner’s vault not Prince’s – yet another vindication of Prince’s point as he should have owned his music in the first place. Nevertheless The Vault… Old Friends 4 Sale provides some gems; 5 Women, There Is Lonely and Old Friends 4 Sale – perhaps Prince’s most revealing song to date. There is some fun to be found too, taking form with great swing in The Rest Of My Life and Its About That Walk, although the top track on the album is the bongo-tastic When The Lights Go Down a remarkable tune and which demands to be listened to over and again.

The Vault… Old Friends 4 Sale is rated 4 out of 5 by Goldies Parade.