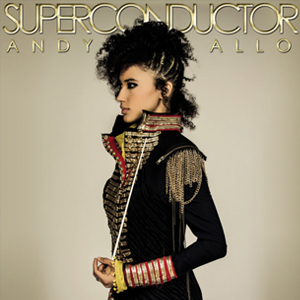 Next
Back In Time

I want Nothing More than to love you.

Although Superconductor is Andy Allo’s first collaboration with Prince, it was her second studio album. Her first album UnFresh was released in September 2009, and in 2011, in LA at an event hosted by the Africa Channel marking the broadcast of a TV programme featuring Unfresh (Allo, 22, originally hailed from Cameroon), she was introduced to Prince. Just weeks later Allo into his touring band as a backing singer and guitarist for the Welcome 2 America Tour; during which the pair wrote the album, and in 2012 Allo became Prince’s girlfriend. Her song Nothing More, is inspired by Prince “the love of my life” (its melody has the structure of 1993’s Pink Cashmere with hints of 96’s The Love We Make).

Prince wrote three of the album’s nine tracks: Long Gone, The Calm and the album’s title track, and arranges the music on the whole album (credited as NPG), which was recorded between March and April 2012. All of Prince’s then touring band perform on it, as well as Maceo Parker (for People Pleaser and If I Was King) – his first work with Prince since 2001’s The Rainbow Children. Prince’s production on Superconductor is credited as ‘NPG’.

Prince references Allo’s When Stars Collide in the lyrics of his own song Rock And Roll Love Affair – “He needed proof, she needed a brother. That’s when stars collide, when there’s space for what you want and your heart is open wide.” She left Prince’s band in 2013.

Allo’s follow up album Oui Can Luv was available for one day on TIDAL, 7 November 2015, released by NPG Records. It is an acoustic album of covers, and Prince plays guitar throughout: Oui Can Love is Allo’s version of We Can Funk.

1 Written by Prince.
2 Co-written by Andy Allo and Prince.
3 Released as a single. 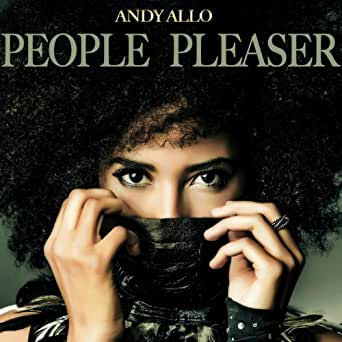 It is fair to say expectations did not ride high for this release, fans only knew of Allo after joining Prince’s touring band, where she looked startled if overwhelmed (who wouldn’t). But on that basis she had little to lose. Boy we wrong to doubt. Superconductor showcases just why Prince signed her to his band. The opening track is filled with excitement and scope, then slides into the smooth People Pleaser. The Calm inspires visions of hope and vast sun filled horizons, but the real standout is Nothing More – the Prince-inspired track. Superconductor closes with When Stars Collide, winding down an album that showcases Allo’s scope of range and someone who is in full mastery of her craft. Superconductor for me has earned more repeat listening than any other of Prince’s late career projects. The test of time is the true mark of a masterpiece, and Allo delivers that in abundance.

Superconductor is rated 4.5 out of 5 by Goldies Parade.