HITNRUN Phase One is Prince‘s penultimate album, and was named after the series of short notice concerts he performed with his then backing band 3rdEyeGirl throughout 2014/15. The album contains reworked versions of This Could Be Us that debuted on Prince’s previous album Art Official Age, and the track A 1,000 Hugs And Kisses (renamed 1000 X’s & O’s) which Prince wrote in 1992 during the Australian leg of the Diamonds And Pearls Tour and originally featuring vocals from Rosie Gaines. Although HITNRUN Phase One contains the single Fallinlove2nite, released 18 months prior to the album, the vocals by Zooey Deschanel in the original version are omitted and the song is slightly shorter as a result.

HITNRUN Phase One was recorded at Paisley Park Studios over a 90 day period in 2014, solely by Prince and Joshua Welton – husband of Hannah Ford Welton, drummer of Prince’s backing and touring group 3rdEyeGirl. The album was premiered on 13 June 2015 at a private party that followed a special performance Prince played at the White House for President Barack Obama. The album’s method of distribution sparked controversy among fans, as Prince granted exclusivity for the release to TIDAL, albeit an artist-friendly subscription based music streaming service it denied fans the option to own a copy of the album itself without indefinitely subscribing to that service. A physical version of HITNRUN Phase One therefore followed on 14 September 2015. The album originally peaked at number 70 in the US, but climbed to 66 in the week following Prince’s death in April 2016. It peaked at number 50 in the UK.

Graphic illustrator Martin Homent created a series titled The Many Faces of Prince which documented the evolution of Prince’s hair and fashion in every year of his career. Prince later bought the rights to these images and choose two for use as the covers for what would become his final albums. The image chosen for HITNRUN Phase One is a stylised depiction of Prince’s 2014 album cover photo for Art Official Age.

1 Released as singles.
2 Remix of the studio version of This Could Be Us from Art Official Age. 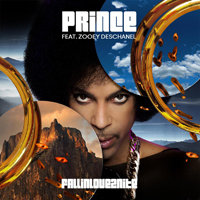 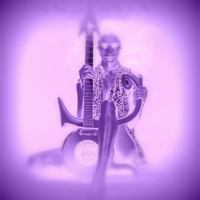 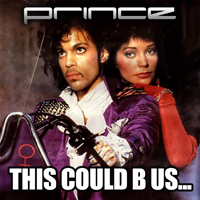 This Could B Us

Ever since his split with the Warner Bros. empire Prince’s fans have come highly accustomed, and let’s dare admit a little weatherworn, to the shenanigans one has to endure when it comes to hearing Prince’s new music thanks to his ceaseless one-man crusade to thwart conventional music channels. For HITNRUN Phase One fans were tasked to get a trial subscription with the artist-friendly streaming service TIDAL; a decision that left a foul taste in the mouths of many since to listen to it beyond that month required a paid subscription. The outcome was both typically bizarre and counterproductive in that rather than promote fair royalties for artists (the founding principal of TIDAL), it drove fans to download it illicitly elsewhere. So what about the music: the album’s opener is the upbeat Million $ Show and sets the scene for the rest of it, of what is immediately evident, is a very different style of Prince album. Yet different it’s supposed to be. What is abundantly clear at first is Prince’s hands off approach to HITNRUN Phase One, since it is evidently, judging by the almost total departure from Prince’s usual form, more the output of co-producer Joshua Welton. Prince provides mainly vocals, than musical input, which in this case is more a plus than a negative. HITNRUN Phase One still features that Prince distinctive flare, but the listener has will have to root it out to hear it. Prince’s signature funk is (thank heavens) present in the bounciest track on the album, the 90s throwback Shut This Down and the highly enjoyable Like A Mack. Overall HITNRUN Phase One is gloriously experimental and draped in plenty of bite; we have Welton to thank for that. The sound is a significant stride beyond Prince’s and Welton’s last collaboration, Art Official Age, and will divide fans in equal measure. (Mr. Nelson and This Could B Us are essentially remixes from Art Official Age although they are no less impactful.) Owing to Joshua Welton HITNRUN Phase One is fresh as a daisy and that sense is most evidently with Ain’t About To Stop, which Prince duets with Rita Ora, though it’s hard to spot him, which is unusual for a Prince album (recall Rave Un2 The Joy Fantastic on which he dominates the collaborators). The task of HITNRUN (bolstered by its cutting-edge method of delivery with which high fidelity sound is both offered and possibly quite necessary to get immersed into the full experience) is to appeal to a younger audience, a path that Art Official Age begun and HITNRUN Phase One fearlessly continues. Whether this audience subscribes to premium streaming services is another matter. HITNRUN Phase One won’t necessarily reboot Prince’s career, but it’s given him a clean slate but will require a few listens to fully absorb it as one is left uncertain exactly who’s album this is; Prince or Josh. The production is to the usual Paisley Park standard, possibly even his slickest to date. The closing song, June, finds Prince back in typical form and comes as no surprise that it’s also the album’s finest track. Other highlights is the urgent Hardrocklover and the rediscovered slow gem, 1000 X’s & O’s (a rework from his 1991 original). Just one complaint: how many obstacles should one have to negotiate to listen Prince’s new music, high-fidelity or not?

HITNRUN Phase One is rated 4.5 out of 5 by Goldies Parade.