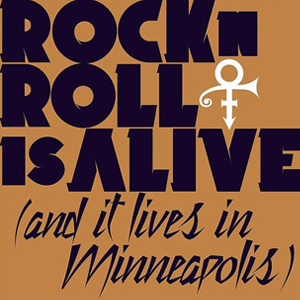 Next
His Majesty’s Pop Life: The Purple Mix Club

Rock N’ Roll Is Alive! (And It Lives In Minneapolis)

Prince enjoyed basketball – as a player and a fan.

Rock N’ Roll Is Alive! (And It Lives In Minneapolis) is a re-release of a track originally available as a B-side to Prince’s 1995 single Gold, from The Gold Experience. The track was recorded in September 1995 at Paisley Park Studios.

In 2019 the track was reissued, as a 7inch vinyl pressing and was given exclusively to each attendee of the Minnesota Timberwolves vs. Miami Heat NBA basketball game that took place at the Target Centre on 5 April 2019. Timberwolves won, 111 points to 109. The occasion was marking the final game in a run of Prince-themed events hosted by the Timberwolves in their home games throughout the 2018/19 season – a Prince song was played at each break in the games (totalling 82 songs).

Members of Prince’s former backing band the New Power Generation and Sheila E., Morris Day, performed during the 5 April game’s half-time. The team wore their purple jerseys “City Edition” which had been designed specially and available since 8 November 2018 also in honour of Prince. The song’s re-release, in collaboration with The Prince Estate, is the first ever record giveaway at any NBA game.

Rock N’ Roll Is Alive! (And It Lives In Minneapolis) was also available for purchase in digital format on the same day of the game – the record’s B-side Calhoun Square (a Prince song previously released on Crystal Ball and named after a popular shopping district in Minneapolis) is omitted from the digital release.

The Prince’s Estate’s release follows the vein the original ‘fight song’ Prince wrote and recorded for the Minnesota Vikings NFL team in 2010. The song, named Purple And Gold (running length 3:42) after their football kit, was streamed on vikings.com on 21 January 2010 four days ahead of their game with the New Orleans Saints (the Vikings lost 28-31). The song was never otherwise commercially available.