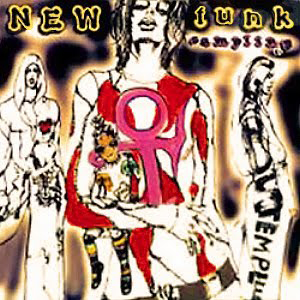 For all the devotees of the NUNKFUNK.

The Newfunk Sampling Series was intended to comrpsie of seven CDs containing a combined total of 700 audio samples of previously recorded Prince songs; including some from his biggest hits in the 80s, namely Kiss, Raspberry Beret, When Doves Cry and Erotic City. The tracks comprised of samples of bass, beats, voice, keyboards, loops / percussion, sound effects, and orchestration. The set was intended for purchase by DJs and record producers for a one-off fee of $700 – without risk, according to the official announcement, “of reprisal, copyright prosecution or additional royalties” so to grant legal use of Prince’s samples in their music. Newfunk Sampling Series did not comprise of any full-length songs or new material.

According to the advertisement posted on Prince’s official website npgonlineltd.com on 28 March 1999, the Newfunk Sampling Series was intended for sale through his retail outlet 1800newfunk.com. A special party took place at Paisley Park on 16 September 2000 specifically to mark its release. However, for reasons known only to Prince, the actual release never materialised and the set was cancelled suddenly and without explanation.