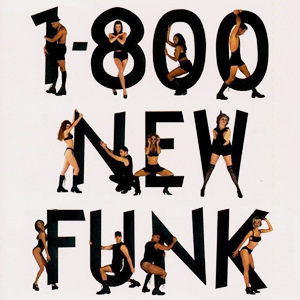 Next
Child Of The Sun

1-800 NEW FUNK is a compilation album of the artists signed to Prince’s label newly formed NPG Records. All the songs are recorded at Paisley Park Studios, and were written by Prince except for George Clinton’s Hollywood. 1-800 NEW FUNK shares its name with Prince’s soon to be launched merchandise website 1800newfunk.com and phone number of the order line of that same store.

1-800 NEW FUNK was released to coincide with Warner Brothers’ release of Come but also under urgency because the artists were signed to Paisley Park Records which was a subsidiary of Warner, whom was about to shut it down due their dispute with Prince over his contract (the closure happened on 1 February 1994). Prince founded NPG Records in 1993 in pre-emption of this. The album was distributed by German publishing group Edel Company Music GmbH, which previously helped with the European distribution of The Most Beautiful Girl In The World.

The two albums were ultimately released just three days apart, as a means Prince to highlight his dispute with Warner. As a result, Prince appears on this compilation under the name Prince love symbol. The album charted at 45 in the R&B list, and contains one new Prince song Love Sign (referencing his new name Prince love symbol), a duet with Nona Gaye, daughter of Marvin Gaye. Warner Bros. denied Prince to release it as a single under his own name, and in result, MPLS was released instead.

MPLS is performed by a group called Minneapolis, a short-lived ensemble created by Prince in 1992 fronted by Sonny T. The Steeles provided the backing vocals, and the instrumentation was by Prince and the members of the NPG. The only material released from this project is attached to the 1-800 New Funk album: MPLS and Color plus the B-side track The Ryde Dyvine. 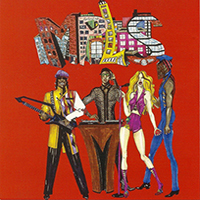 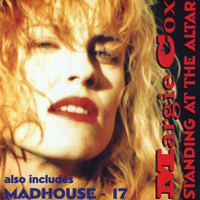 Standing At The Altar

Prince worked on a number of projects in the dying days of Paisley Park Records. The storm clouds were gathering as his relationship with Warner Bros deteriorated, so much so Warner shut down the label in 1994. Anticipating this, Prince established his independent label NPG Records the previous summer. One of its first releases was to rush out this compilation of the acts signed to the previous label and newly transferred to NPG. The compilation is highly eclectic in result, an oddity in its day, but with Prince’s name attached to it (well, in a round-about way) it performed admirably in the charts. It offers George Clinton with the bouncy Hollywood, and Mayte’s hit single If Eye Love U 2night. The best tracks are Standing At The Alter, a real powerhouse that event enjoyed decent rotation on the radio, and of course Prince’s Love Sign – barred for release as a single, this is his duet with Nona Gaye who also sings a jubilant A Woman’s Gotta Have It. The production is tight and the quality is Prince’s usual high standard. The 1-800 NEW FUNK contains NPG Record’s first ever single 2gether by the NPG (band). This wide range of tunes boasts everything from Madhouse to Clinton and is indeed in every sense the grand showcase Prince intended. This album is far greater than a collection of songs, it was the bold declaration of Prince’s intent to strengthen his empire in his mid-career, not lay down as a diminished superstar, but rise as an independent who would not be so easily sold.